The Elephant & Castle Community Fund has launched for 2017, its fifth year, and would like to see applicants from the local area. 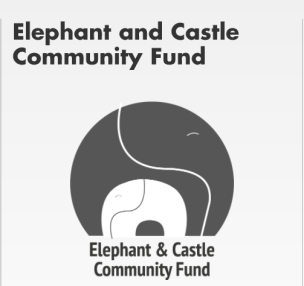 Delivered through The London Community Foundation, the fund will see £50,000 donated to support the Elephant & Castle community.

Lendlease and Southwark Council created the fund in 2012 as part of their work to support the community during the regeneration of the area, and to celebrate the Elephant’s vibrant and rich cultural diversity.

Since its inception, the Fund has awarded over £125,000 in grants to 28 community organisations, directly benefiting thousands of local people.  This year, the Fund is focused on four key areas; Further education, arts and culture, green spaces and older residents.

This programme is a productive collaboration with the commnity, so take a look at the application process and if you work with a community group that could benefit from the opportunity to thrive get your application in by 10am on 18th April 2017.

In 2015, nine local groups received grants for their community projects, here’s a couple of them:

Mouth that Roars, – ‘Film making by young people, for young people and the wider community’ – to create a three-month filmmaking project for marginalised young people which explored Elephant and Castle’s past, present and future.

CoolTan Arts – an award winning arts in mental health charity run by and for adults with experience of mental health conditions – to create a book celebrating 25 years of CoolTan and the creative achievements of people with mental distress.

Over and out. #SELB

Really excited to be @swkplay to see @sam.steiner You Stupid Darkness ‘an urgent play about the struggle for optimism and community amid the chaos of a collapsing world.’ #Youstupiddarkness #southwark #selondon
What a way to start the day! Veggie brekky B&G style with halloumi sticks. A great local favourite 🍳☕ #brunch #crystalpalace #gipsyhill #vegetarian
Today we went to check out @apprenticeuk winner @carinalepore_ ‘s #artisan #bakery @doughbakehouse under the arches in #hernehill #seLondon For anyone taking part in #veganuary there is a huge selection of tasty wares on offer. We enjoyed the luxury vegan sausage rolls washed down with a delicious soya latte. A huge congratulations and good luck with the expansion guys 👌🙂 #selondon #vegan #bbc #alansugar #sausageroll #milkwood #selondonblog #supportlocal #veganrecipes #veganfood
Meaty alert 🚨 🍖 looking for a dinner spot this week to visit with friends? Check out our food review of the char-grilled meatalicious BABBER - bloody decent food, great staff, funky vibe! @babber_peckham @WHITEHORSEse15 #SELondonBlog #foodreview #foodblogger #supportlocal #southlondon link in bio